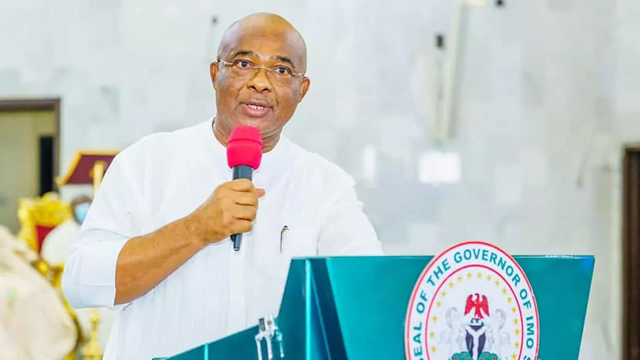 Worried by the upsurge of insecurity in the 27 local councils of Imo State, the Governor, Hope Uzodimma, has raised a committee on security.

Uzodimma also mandated the panel to organise a stakeholders’ conference, tentatively fixed between August 11 and 12, to brainstorm and proffer solution on how to curb the problem of insecurity in the state.

According to a statement, yesterday, by the Special Adviser to the Governor on Public Enlightenment, Eze Ugochukwu, and made available to The Guardian, the committee will be headed by the Imo State Commissioner for Homeland Security, Dr. Ugorji Ugorji.

Ugochukwu also disclosed that the Commissioner for Information and Strategy, Declan Emelumba, among others, are members of the committee.

He, therefore, noted that Ugorji has expressed preparedness to execute the task.

According to the statement, the other members of the committee include: The commissioners for Special Duties, Information and Strategy, Youth and Sports, Health, Women Affairs, Special Advisers on Security, Public Safety, Coordinator IMSO, Commandant Civil Guards and four others from the Legal Affairs, Research and Planning Departments of the Ministry of Homeland Security and Vigilante Affairs.

Speaking on the terms of reference given to the committee, Ugochukwu stated that the committee would “plan, organise, implement, and report on the First Imo International Homeland Security Conference,” as tentatively planned.

The committee, the statement noted, is to collaborate with Imo State University (IMSU), Federal University of Technology, Owerri (FUTO), the Savannah Centre for Diplomacy, Democracy and Development, Leadership Watch, Human Writers Association (HURIWA), CLEEN Foundation, Association of Nigerian Authors, and the Ofo Educational Foundation, among others.

He informed that the proposed Keynote speaker will be the Chief of Staff to the President, Prof. Ibrahim Gambari, disclosing that about 500 participants, drawn from the civil society, educational institutions security organisations, traditional rulers, citizens and Imo residents, would attend.

The statement further stated: “The conference will highlight the Imo State Government’s approach, successes in security and peace making under Uzodimma.